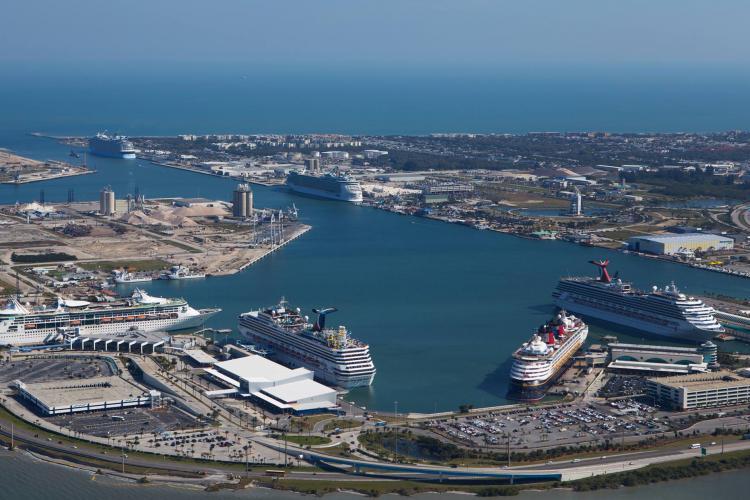 Port Canaveral has been named the “Best North American Homeport” in this year’s Cruise Critic U.S. Editors’ Picks Awards. This is the eighth year that Cruise Critic®, the world’s leading cruise reviews site and online cruise community, has held the recognition naming the best of the cruise industry in 25 categories, chosen by Cruise Critic’s international team of editors.
“Our editors live and breathe cruising, sailing year-round and covering every aspect of the industry,” explained Carolyn Spencer Brown, editor-in-chief of Cruise Critic. “With so many wonderful cruise options available, it’s never an easy list to narrow down, but these awards truly represent the lines that our experts have recognized as the best of the best. Cruise Critic’s editors considered several factors in their selection of Port Canaveral:

“Previously overshadowed by other Florida ports, Port Canaveral is one of the most up-and-coming cruise hubs in North America. Split into two areas, the facility has seven ship berths, with plans for three more. You'll find beaches, a campground, oceanfront dining, and a new Exploration Tower.”

At Port Canaveral, renovation of Cruise Terminals 5 and Cruise Terminal 10 are under way following the opening of the new $110 million Cruise Terminal 1 late last year. Next year, the Carnival Magic, Norwegian Epic, and Royal Caribbean’s Oasis of the Seas mega- ships start calling Port Canaveral home, bringing the number of homeported ships to 10.
A recent consultant's report estimates that Port Canaveral will need three additional terminals by 2040 as it competes to be the world's busiest cruise port. Port Canaveral is expected to grow by 50 percent in the next three or four years as it goes from serving 4.2 million cruise passengers annually to 6 million passengers.

“We continually focus on customer service and meeting the needs of our cruise partners and their guests as a top priority,” said Robert ‘Bobby G’ Giangrisostomi, Senior Director of Cruise Business Development. “Port Canaveral follows Mr. Walt Disney’s philosophy of ‘do what you do so well that they will want to see it again and bring their friends.’ This recognition shows we are accomplishing our goal.”

The new seven-story Exploration Tower attraction serves as the anchor of the redevelopment area of Port Canaveral known as the Cove. Plans call for new retail, entertainment, restaurants, and a luxury hotel. Construction is expected to begin late this year.