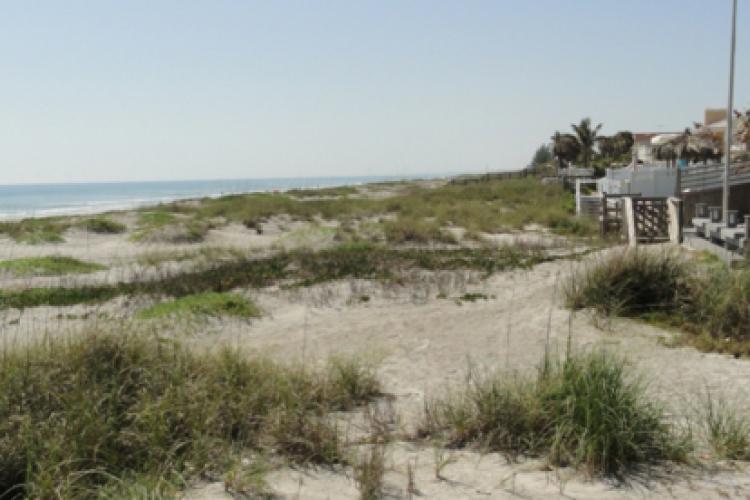 The project took a more natural and sustainable approach to restoring the beaches than what had been done on other Florida coasts. By using sand instead of seawalls, storm protection was improved for beachside residents and businesses, and minimized the impacts on wildlife habitats.

One of Florida's most popular surfside towns recently added 4.7 million cubic yards of beach sand as part of a $39 million beach restoration project, just in time for the spring and summer travel seasons. In a ceremony in Washington DC on February 25, Cocoa Beach was recognized for being one of only four U.S. beaches named a 2014 Best Restored Beach by The American Shore and Beach Preservation Association. Once a narrow, sandy strip lined with concrete seawalls, the iconic beach known for surfing and space exploration has expanded its shoreline by an impressive 160 additional feet. 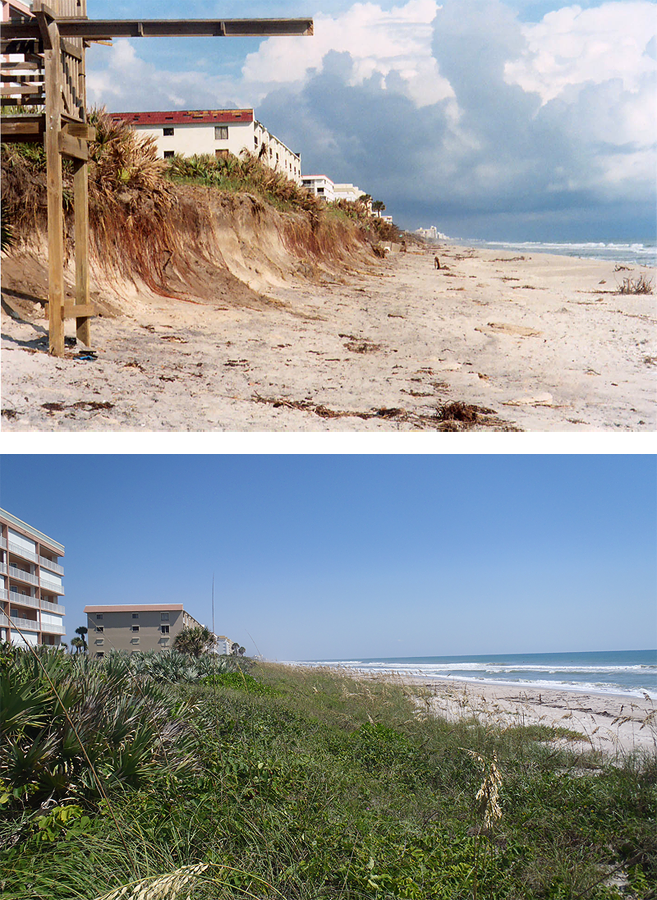 "Get ready to be impressed," said Florida's Space Coast Executive Director Eric Garvey. "Our beach improvement program has dramatically enhanced the beach experience here, from surfing to sand-castle building to soaking in the sun."

Beach restoration on Florida's Space Coast began as an effort to protect the 72-mile-long coastline from threats posed by beach erosion and storms. Today, the wider beach with natural sand dunes is not only successful at preventing storm damage to coastline development, but also creates healthy habitats for coastal wildlife and tourist recreation such as surfing, fishing, sunbathing and much more.

The project took a more natural and sustainable approach to restoring the beaches than what had been done on other Florida coasts. By using sand instead of seawalls, storm protection was improved for beachside residents and businesses, and minimized the impacts on wildlife habitats. Florida's Space Coast is considered by biologists to be the most important nesting area for loggerhead sea turtles in the western hemisphere and these newly restored, wide and sandy beaches provide ideal nesting habitats for these turtles.

With the success of the North Reach Project spanning from Cocoa Beach to Cape Canaveral, we have successfully created a way to keep sand on the beach and continue to protect our homes, businesses and communities from the devastating effects of storms, said Vice Chairman, Jim Barfield, District 2 Commissioner, whose District includes the City of Cocoa Beach and Cape Canaveral. "The North Reach Project is a perfect example of a beach restoration project that has proven its worth over and over again, sustaining our tourism, environment and driving our economy upward year after year."

Brevard County's North and South Reach Space Coast beaches including Cocoa Beach, Cape Canaveral and Indialantic, have benefited from the federal project. They were tested in 2004 when hurricanes Charlie, Frances and Gene pounded the Space Coast and not one structure was lost along the 14 miles of new beach. Using innovative construction methods, specifically a near-shore sand re-handling area, allowed the North Reach project to be completed a year ahead of schedule and $700,000 under budget with minimal disturbance to both tourists and wildlife.

Florida's Space Coast officials are currently working with federal officials to secure an additional $5.4 million to finish the Mid Reach section of the Space Coast, the third and final phase of the project. The Mid Reach phase includes protections for Indian Harbour Beach, Satellite Beach and Melbourne. The project uses a combination of matching federal, state and local tourism tax investment.

About Florida's Space Coast Located 35 miles east of Orlando, Florida's Space Coast is home to Orlando's closest beaches. Encompassing Cocoa Beach, Melbourne Beach, Palm Bay and Titusville, this family-friendly destination offers more than 10,000 guest rooms and is an ideal, value getaway. Guests will discover 72 miles of beaches, the longest stretch in the state and more than 250 square miles of wildlife refuge. It is home to one of the nations busiest cruise ports; is the nations East Coast surfing capital and the location of NASA's Kennedy Space Center, where all 135 shuttle missions were launched and unmanned rockets continue to lift off. The Space Coast is home to Space Shuttle Atlantis and is one of only four destinations nationwide where visitors can view an orbiter. For more information, go to www.visitspacecoast.com. You can also like us on Facebook at facebook.com/visitspacecoast and follow us on Twitter at twitter.com/flaspacecoast.