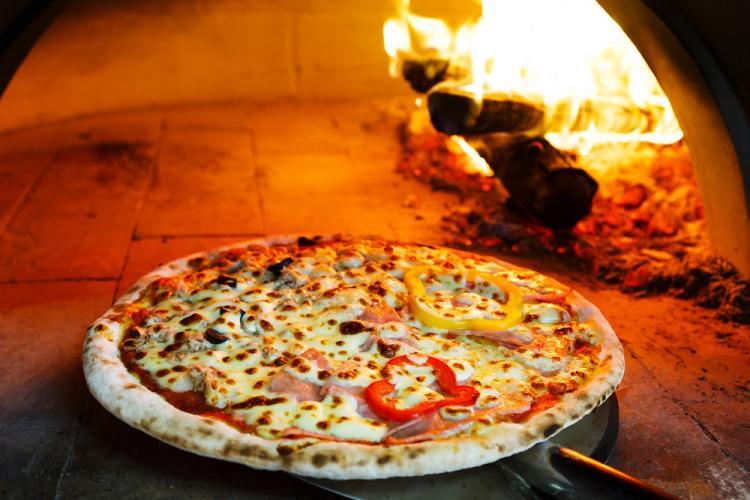 I was in the mood for Italian food so I decided to try Zarrella’s Italian & Wood Fired Pizza in Cape Canaveral, located on north A1A south of Port Canaveral. Upon walking into Zarrella’s, I realized I had not stepped into the typical rustic, high-priced Italian establishment. The casual atmosphere was lively and well-lit with modern décor and upbeat “Top 40” music playing. I thought, “What a great place to go with the family after an afternoon at the beach!” The large open floor plan includes regular table seating, a small bar area seating which continues to counter seating that overlooks the open kitchen where you can watch the chefs prepare the entrees.

The menu is not overwhelming but limited to what they do best, including, classic Italian dishes, appetizers and salads, such as:

Meg, the server mentioned that most items on the menu are homemade. Entrees come with a garlic knot and you can upgrade any meal with shrimp or chicken for a small charge. In addition to the regular menu, Zarrella’s has a nice variety of special appetizers and entrees that Meg explained to me while showing photos on a tablet so I could get a visual of the chef’s creations. Zarrella’s also offers their daily deals such as Early Bird specials, Meatball Monday, BOGO Pizza Tuesday, Wine Night Wednesday, Half-price Apps Thursday and Football Sunday Fun-Day during season.

There was a nice selection of beers on tap and bottle, and wine by the glass and by the bottle. They also had some liquor selections. I started off with a prosecco. Not my usual choice of beverage but in light of the crispness of the weather today and the Italian fare, I felt this would be a refreshing and light pairing for what may be some heavier selections. I decided on the calamari for an appetizer, which came with a choice of three sauces: marinara, arrabbiata (spicy marinara) and dubz (sweet red bell pepper, garlic butter sauce). The dubz sauce was a winner with its smooth buttery, slightly sweet flavor, which melded well with the salty, crispy, fried calamari. It also brought out a delightful apple flavor of the prosecco. Overall, a great start to my meal. I really liked that it was a proper appetizer portion rather than the oversized portions many restaurants serve that tend to ruin you for your main course.

For my first entrée, I ordered the American Italian Special, which came with Italian sausage, 1 large homemade meatball, tender pork, penne pasta all smothered with their homemade gravy (this is what they call their tomato sauce) and a side salad. Honestly, enough to food on this plate to feed a small army. I also decided to try the Pappardelle Alfredo which was surprisingly simple and light, not like a "heart attack on a plate" like many Alfredo entrees can be. The prosecco was a good compliment to my entrees, as expected.

Meg advised that owners were currently playing with a dessert menu, but they currently offer a white mousse pie or a limoncello cake and both come with two mini cannoli. I chose the custard-like limoncello cake to end the night and it was delicious!

Zarrella’s Italian & Wood Fired Pizza is a nice, affordable, family-friendly lunch or dinner spot for locals and visitors alike. An added benefit is that Zarrella’s is located right next to Jungle Village Mini Golf and Arcade, which makes for great pre- or post-meal fun time with the family or date, without having to find another parking spot! Make it down to Zarrella’s Italian & Wood Fired Pizza and “Mangia bene.”