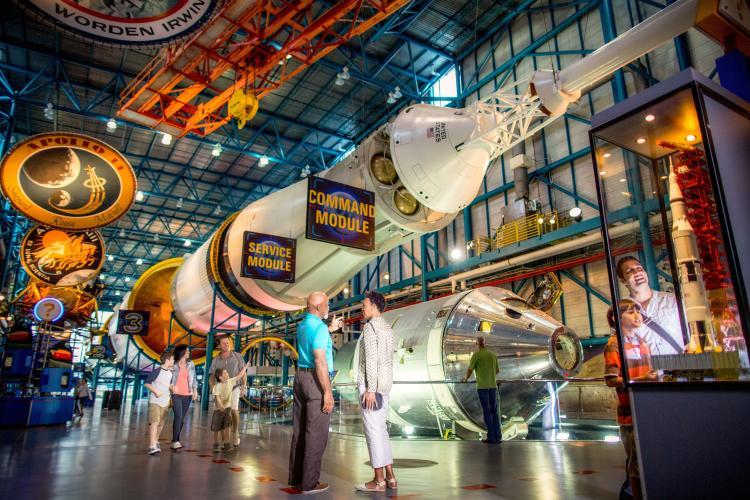 The Grand Tour: Rockets and a Brew Pub

Today it's way too convenient to watch a rocket launch. You can watch it on television, smartphone, or in-person here on Florida’s Space Coast. You can gasp at how fast and how high the rocket is going in real time, and gaze back at the launch pad from cameras on the rocket as it zooms away. If everything works right, the booster stage might do a perfect touchdown back at the launch pad.

In the early 60’s I watched Mercury launches from the television in my parent's bedroom. Not that it matters today, but it was all in low-res black and white, fed through an antenna on the roof.  I sat for hours, watching commentators and reporters talk us through launch details and delays. Technical things were explained with handheld models. Simple charts explained trajectories.

You could pour through Life Magazine to see photos of the astronauts, families, and the capsules they would fly in. After a launch, you'd catch a story on the 6:30 network news [the only national news of the day] and a follow-up story in Time or Newsweek. A couple of months later there would be an illustrated blue-sky piece in Popular Science.  We went in only 8 years from Alan Shepard's first suborbital flight in a tiny one seat Mercury capsule to a cramped two seat Gemini capsule and sending three astronauts to the moon in the Apollo capsule. No idea how they did it so quickly considering they used slide rules and old calculation machines.

Today, rockets are launching almost every week here on the Space Coast. Boosters are landing on their launch pads and there's a Tesla guy in a spacesuit headed to Mars. NASA and private launch companies like SpaceX and Blue Origin are doing interesting, unexpected things.

The odds of visiting the Space Coast during a launch are very high. It's all happening right here if you -- like me -- are a fan of big, noisy rockets. If you grew up with Mercury, Gemini, and Apollo missions you need to put the Space Center on your Space Coast to-do list. It's the only place to get the biggest picture possible about our 50+ years in manned space flight.

What to see on the way to KSC

Be sure take a gander at Blue Origin's gigantic new 750,000-square-foot rocket factory south of KSC. They'll be building 270 and 313-foot tall versions of their New Glenn rockets scheduled for launch in 2020. No public tours, but worthy of a drive by.

The intersection of launching and brewing

It's a good idea to make your KSC visit before lunch. You will be very thirsty after your visit and are probably thinking, "Gosh, a cold beer and a sandwich would taste good right now!”

Brew pubs are all the rage. My millennials introduced me to brew pubs. When millennials marry and have baby millennials they like to meet at brew pubs with other millennial friends and their baby millennials. They socialize, drink craft beer, and eat food. You will learn about corn hole and giant Jenga. Don't worry, you'll see people of all ages at almost every brew pub, and you will not stick out like a sore thumb if you are older.

About 9.5 miles north of KSC on U.S. 1, you'll find a brew pub - Playalinda Brix Project. This is a very hip place. They brew beers called pilsners, lagers, wheats, porters, and blondes. They have a full food menu, too.

Please do not say, "Do you have Michelob Ultra?" at a brew pub. You will only embarrass yourself in public. For example, at the Brix Project, order yourself a "Scrub Jay Lemon Wheat" or a "Robonaut Red Ale.” If you're not sure what beer flavor to order, try a sample 'flight' of beers. This way you can try a number of beers. A flight of beer is served in little glasses on a wood board. And, if you're not sure what to order, ask the server for help.

Brew pub tip: Don't worry about remembering the catchy marketing names of brew pub beer. Every brew pub has different names. Focus on discovering if you like pilsners, lagers, wheats, porters, and/or blondes. You will sound very hip at the next brew pub you visit if you ask, "What do you have in a pilsner?" or "I'm feeling wheaty today ... what do you have?"  BTW, if you have the good fortune to visit a brew pub with your own millennials and say, "I'm feeling wheaty today ..." to your server, they will roll their eyes and groan. It's worth the extra effort.

There is definitely something interesting about combining shopping and giraffes on the Space Coast. Until next month... 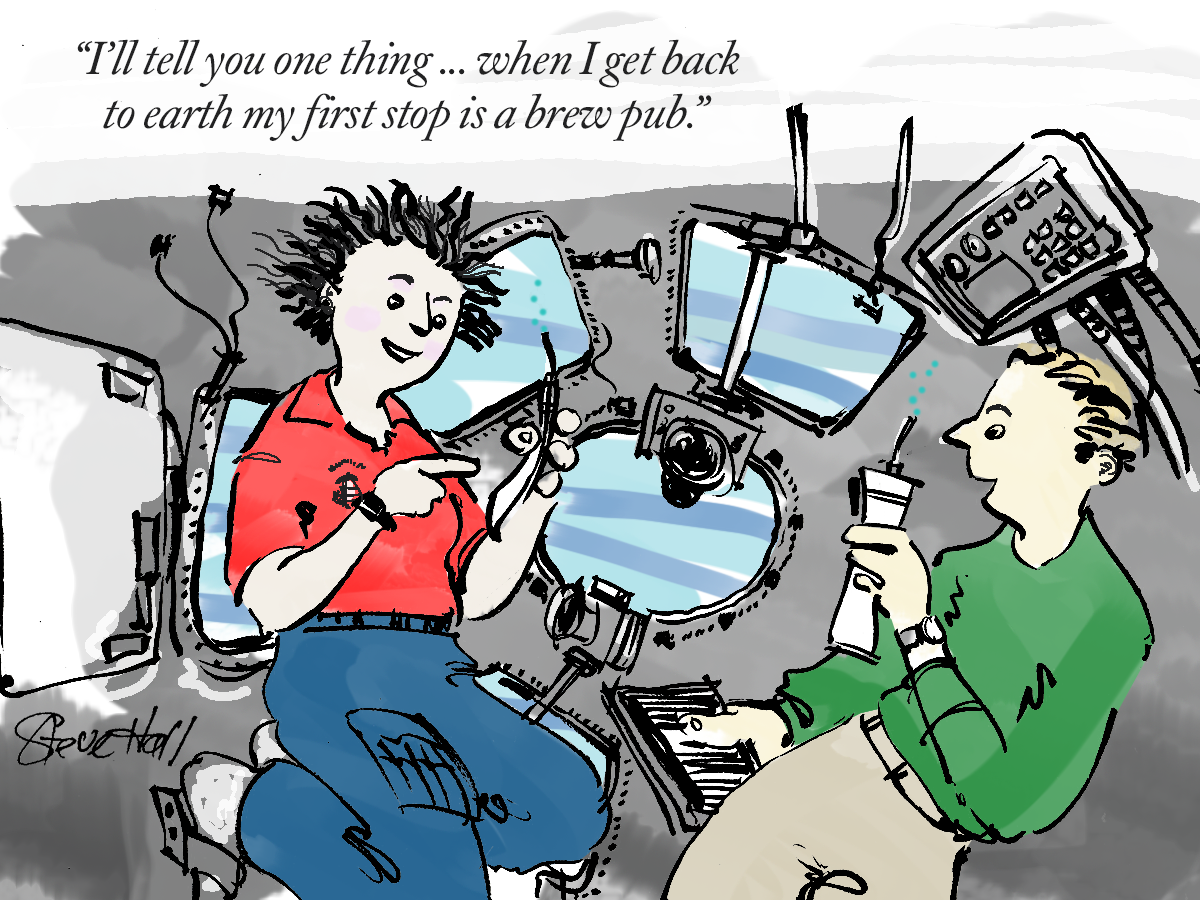