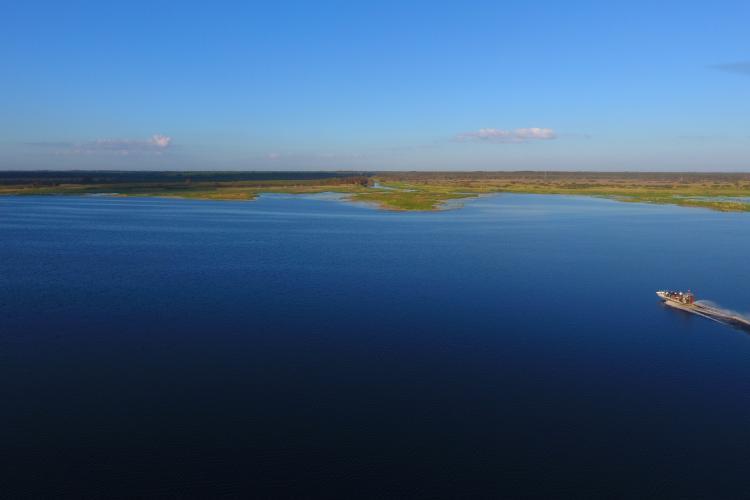 I like big noisy machines. And, I'm a fan of very large reptiles [including dinosaurs, which I sadly hear were really large feathered birds]. I sit awestruck by the beautiful, natural things that I see just a few miles inland on the Space Coast. You might call loud noises, alligators, and being outdoors the great Florida Trifecta.

A trip to the Space Coast without an airboat ride is like a stay at a beachside hotel without a walk on the beach. And, you'll have a great story to tell your friends back home. BTW, when speaking to grandchildren about your airboat ride be sure to exaggerate the size of almost everything you see.

Here are the basics:

You'll sit only a few feet from an insanely noisy gas engine attached to a huge vibrating propeller mounted on an aluminum flatboat resting on top of shallow water racing through alligator infested waters. I don’t think there’s a better way to spend a late afternoon on the Space Coast.

[BTW, we took an airboat ride years ago with the kids. It was a gorgeous Florida sunny day when we got on the airboat. However, 20 minutes later we were smack in the middle of a blinding rain squall. That’s Florida’s weather, at its finest.]

There are nearly a dozen locations to find an airboat ride on the Space Coast.

Here's what to expect:

The beautiful, natural things to see

After your airboat ride

Trips usually last about an hour. You'll be thirsty after your ride. You'll want an ice-cold beer and a bite to eat. I look for Airboat ride proprietors that sell beer and cook gator bites [decide for yourself if they taste like chicken] on premises.

Here are a few good examples in south, central and north on the space coast:

Airboats are about as close to old Florida as you can still get for a few dollars, despite all the noise. You’ll understand why people that love the St. Johns and Florida love this place so much, and why they get so angry and vocal when pollution and development intrude.

We're headed south, back to the coast and the Sebastian Inlet.