Brewpubs on the Space Coast

Boomster Blog: Back to Brew Pubs on Florida’s Space Coast

My wife and I have been traveling throughout Florida by car in our quasi-adventurous senior-demo sort of way. This usually translates into visiting a variety of hotels, AirBNBs, restaurants and taking two-lane back roads. And since I like beer, we stop at brew pubs in hopes for a great beer experience.

At the end of the day though, I find myself saying, “There’s no place like home.” Happily, all roads lead to Florida’s Space Coast…and beer. I avoid interstate highways. It’s not that I don’t appreciate the speed and directness of these routes, but the average speed on interstates today seems to be 85 or 90 mph. It seems to me that drivers are seen slumped in the driver’s seat, using their knees to steer, vaping, feverishly texting, and somehow paying attention.

Some couples stop to antique. We stop for brew pubs.  A few weekends ago we stopped in Cocoa Village to the Dirty Oar Beer Company after navigating a curvy stretch of highway 520. There’s a rocket engine for sale on the left and the brew pub on the right. And since you’re wondering, yes, the rocket engine is really for sale but only for $19,950. I can see the headline now: “Florida Man buys rocket engine after stopping at brew pub on a curvy road.”

This pub, as well as others on Florida’s Space Coast is set in the perfect incubator for new brew pubs, all thanks to:

Brew pubs aren’t ideal for older visitors that like their bars and restaurants carefully manicured and their interiors tastefully curated. But, brew pubs are the perfect landing spot for visitors like us -- born in the 40s and 50s – tired of listening to the old couple at the next table over harping about “lazy kids today” and yapping about their smartphone addictions. You know, all that generational spittle that dirties up conversations. It’s different at a brew pub.

I ask the girl next to me, “What do you do?” She’s wearing a T-shirt and her hair is pulled back and said, “I work at SpaceX.” There’s another guy with a light beard and a man bun across the community picnic table who said, “I teach physics at Florida Institute of Technology.” I’ve learned that it’s all about listening and hearing stories about what they’re doing. The beer is simply the lubricant. Soon enough you’re having a conversation and the generational gap no longer exists.

Conversely, we recently made a stop at a brew pub not on the Space Coast. It had all the standard fixtures of a brew pub: concrete floor, picnic tables, catchy name, game tables, and a wall of beer taps. But you can’t fool us old guys. We can tell when an architectural designer and space planner decide what they think a brew pub is supposed to look like. Usually the the sign over the entrance looks too professional, or the staff dress code is just a little too organized. It wasn’t nearly funky enough and the chairs were all the same. It’s starting. People are trying to figure out how to make money imitating a place that looks like a brew pub. 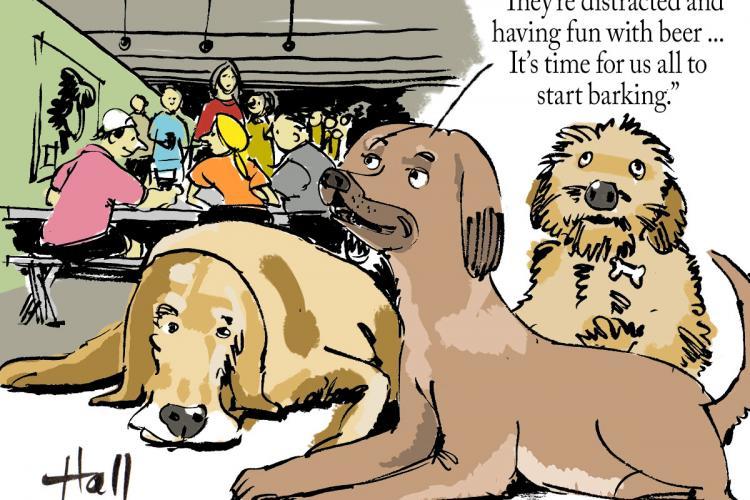 Cooling off when the Sun Goes Down on the Space Coast

Tiki Trail on the Space Coast 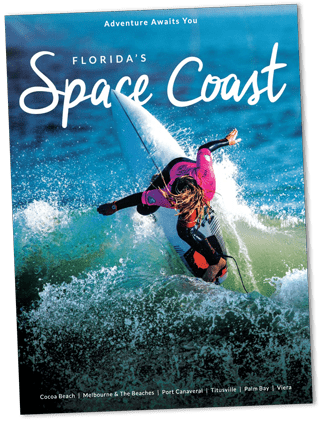