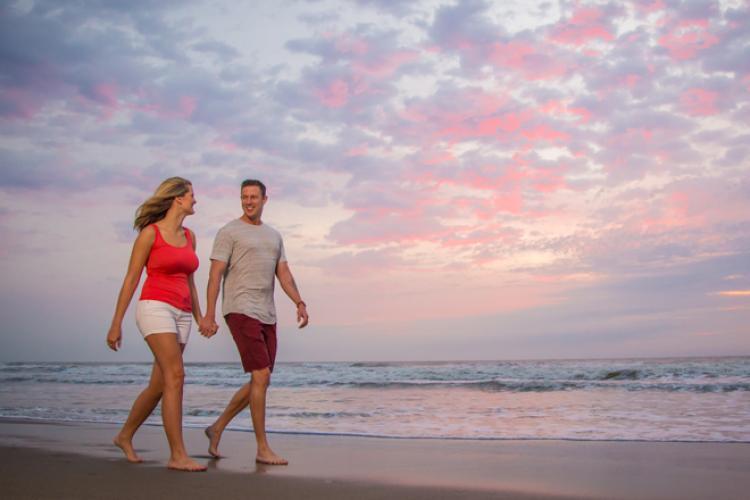 Couple walks on the beach

4 Things You Should Protect While at the Beach

It’s difficult to run out of adjectives when describing the beaches of Florida’s Space Coast. With nearly 40-miles of pristine oceanfront that ranges from urban and festive to secluded and mystic, these beaches are fun any and every day. But there are some things to keep an eye on while on your beachside getaway, so here are four significant things to take note of.

The biggest thing to be aware of on our beaches is simple: water safety. Protect yourself at all times. The beaches of Florida’s Space Coast are not shadowed by the nearby islands of the Bahamas, and because of this, large ocean swells pulse in quite often. And although we have less wave action in the summer, it’s never a good idea to underestimate the power of the second largest ocean on the planet. But simple things can go a long way to create a safe and wonderful day in the temperate aquamarine waters, and the two most important things to remember from a long-time local’s perspective are: 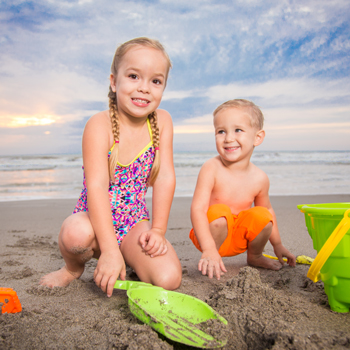 Swimming near a lifeguard is always recommended, and they are pretty easy to find at the bigger parks and accesses. Rip currents are a threat, but not a constant one. An active swell and a tide change are often the biggest signifiers that they may be nearby. And if you ever feel unsure of your swimming ability on any given day, the best advice is to not test that ability. Our beaches have much higher water energy in the southern portion of the coast than the north (the dividing line is basically Patrick’s Air Force Base), and this is a good thing to keep in mind for the inexperienced swimmer. South for the action, north for the leisure.

Our sun is powerful, and, in combination with the ocean’s daylong reflection, it’s a good idea to up the level of SPF sunscreen. And apply, reapply, and repeat. You literally can’t put on too much sunscreen (that’s in Florida’s state constitution), and it will weaken and wash off over the course of hours. Umbrellas and canopies are both super simple and super obvious ways to avoid the rays, and they can’t be recommended enough.

Another thing you will probably want to protect while on the beach is the stuff you brought with you and, in theory, would like to bring back home. Our many beaches are unfailingly safe and very low on petty crime, but hey, it’s not a terrible idea to take a few precautions. The biggest precaution to take is to never leave your gear unattended and unlocked in your car: that’s the place a majority of things seem to go mysteriously missing on a beach day. While on the sand, just use common sense and keep pricey items under some towels while you’re splashing around. And if you’re still concerned, never hesitate to ask a fellow beachgoer to keep an eye on your stuff as you take a dip in the water. It’s the beach, but southern hospitality doesn’t end at the dune line.

Finally, protecting food can be a little tricky. Wind, sand, sun, heat, seagulls, ghost crabs, rising tides: everything on the beach seems custom designed to ruin that lunch you’ll no doubt need by midday. So, bring a cooler, stock it deeply, and stay simple. Easy to make and sealed from these elements, wrapped sandwiches and chips are your new best friend. Food in coolers can get hot at a mind-blowing rate on a summer day on a Florida beach, so pack as much ice as you absolutely can.

See, that was easy. Now that we have our protections in place, it’s time to kick off an action-packed day on Florida’s Space Coast’s numerous and glorious beaches. Mind at peace, feet in the sand.