Spook your way through the Space Coast.

The time has arrived. The season of spooks and scares is upon us, and Florida’s Space Coast isn’t shy in its offerings. From the creepy and crawly, to ghouls, ghosts, and apparitions, there is a haunted history here waiting for you to partake in. The Space Coast has its share of haunted spaces, and visiting them isn’t for the faint of heart. Whether viewing a theatrical performance or dining in a local eatery, you never know what kind of spooky specter you might encounter around the corner. So stop in for a spell. Eat, drink, and be scary this BOOtiful Halloween season. Let the spine-chilling side of the Space Coast seduce your senses with our top five most eerie exhibits and hair-raising haunts to visit. Have a SPOOKtacular time.

It might be a little stereotypical to have a graveyard mentioned in this spooky travel itinerary, but not all graveyards are haunted like Georgiana. Located on Crooked Mile Road in Merritt Island, Georgiana dates back to the 18th century and is not only considered one of the most haunted places on the Space Coast, but one of the most haunted cemeteries in all of Florida. Its landscape lends itself to that of an ominous overlay, reminiscent of any pictures painted by the likes of Stephen King when reading tales of horror and intrigue.

With Georgiana’s antiquated church in the background, tall trees laden with Spanish moss eerily blowing in the wind from nearby waters, wildlife rustling and cicadas screaming in the trees, all seem to echo the story of Ethel Allen- the woman in whom is credited as to why the cemetery is plagued with Poltergeist. In the early 1900’s, on the banks of the Indian River Lagoon, Ethel Allen was found murdered at just 19 years of age. Her murder remains unsolved and a suspect never found. It is believed that her ghost haunts the graveyard and several accounts of paranormal activity backup that claim.

From unusual noises, to the feeling of being touched, apparitions, and numerous EVPs (electronic voice phenomenon) captured during paranormal investigations, the grounds groan with ghostly tones beckoning its guests “Beware.” Visit if you dare and take heed in respecting both the dead, and the living, as Georgiana is private property with specific hours of operation unless otherwise permitted. 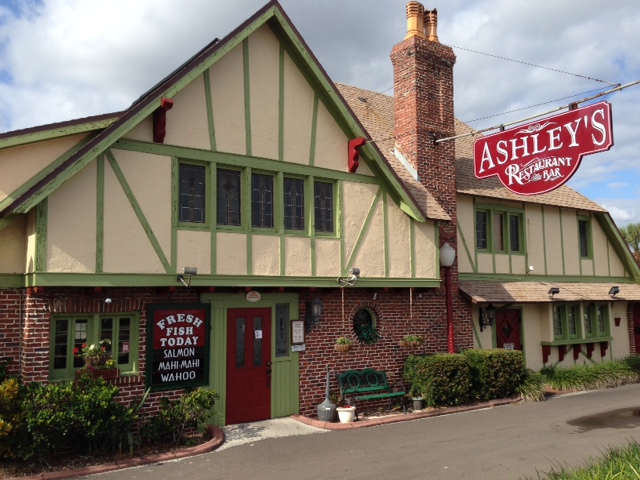 Every local knows about Ashley’s. Surprisingly, though, there is some correlation to Georgiana Graveyard and Ashley’s Restaurant- that correlation being none other than Ethel Allen. Ashley’s, formally known as Jack’s Tavern, was a place Ethel would frequent, and is said to be one of the last places she was seen before her untimely death. Located right on the main highway in Rockledge, South US 1, this old-school tavern-styled establishment has had over a century’s worth of shocks and scares due to its paranormal activity; most of which is attributed to Ethel. It is said that one evening, a woman was in the bathroom and saw the lower half of a woman dressed in 1900’s garb in the stall next to hers. Upon exiting, she looked and found that the stall was empty.
Some may question local lure and legend, but this hasn’t been the only report within the establishment. There have been multiple accounts reporting a young lady’s face appearing in the mirror of the woman’s restroom, giving Bloody Mary a run for her money. Apparitions and other haunted happenings aren’t limited to the ladies though. Many people have experienced the feeling of being pushed by an unseen force while going up and down the stairs. Lights will flicker throughout the night, alarms will go off without cause, plates and glasses will randomly fall and break, and objects that mysteriously go missing in the night end up being found in a completely new location the next day; even staff members speak of hearing noises and whispers in the eatery long after closing-time hours. Feeling skeptical? See for yourself. One word of caution though: when using the stairs, use the handrail. 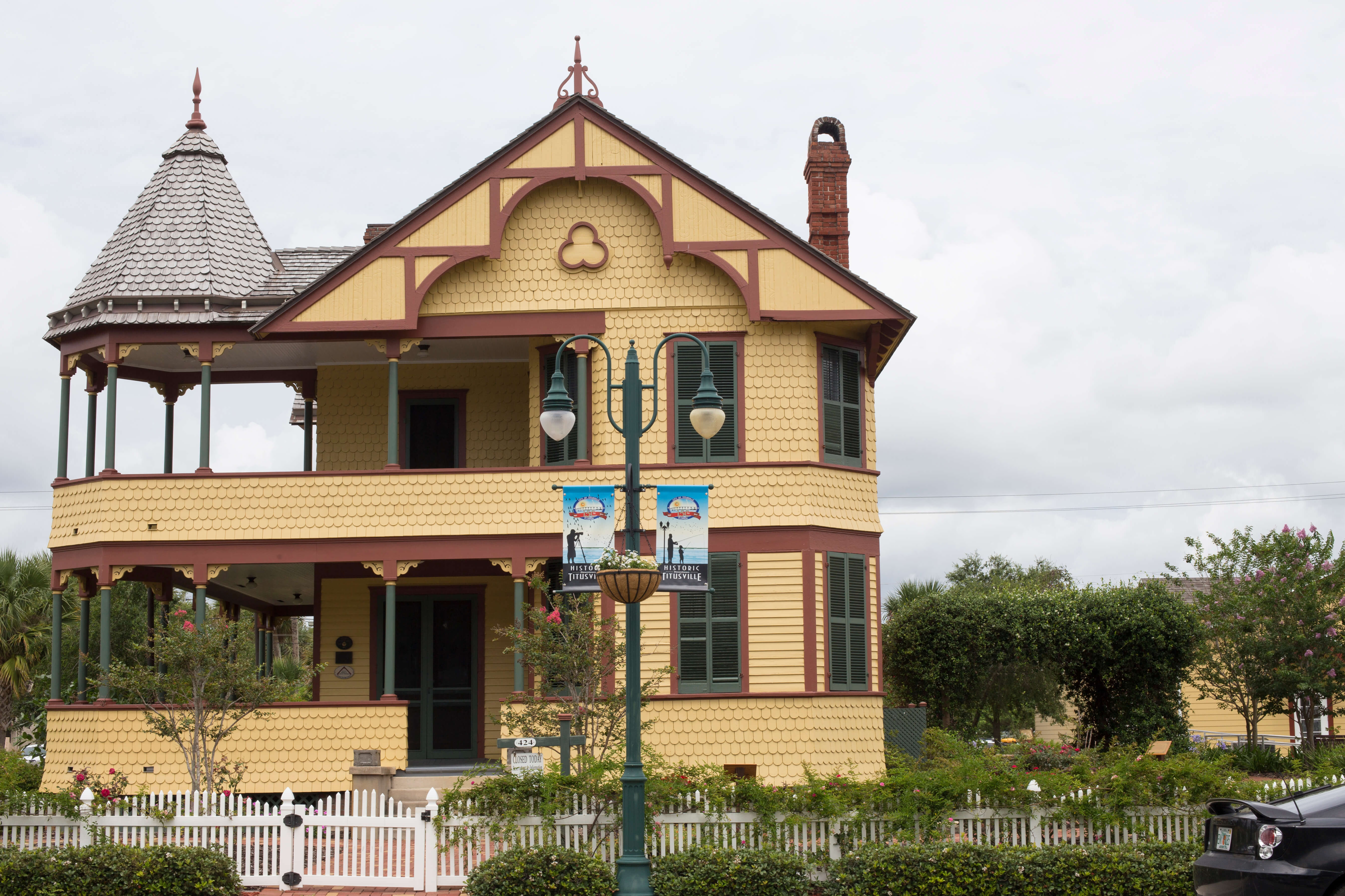 Nothing is more quintessentially horror than an old Victorian home, and the Pritchard House certainly fits the bill in its eldritch aesthetic. Located in the heart of Titusville, this two-story Queen Anne styled home dates back to 1891, and is considered to be one of the top haunted houses to visit in all of Florida. Once family-owned, the Pritchard House was bought by the county to be used as a museum; in fact, tours are offered daily, and the home and its gardens are available for both public view, and private events like weddings, showers, luncheons, teas, and meeting, but don’t let its easy access fool you. It is said that its original residents haunt the home and although the county restored it in 2005, no amount of paint can cover the supernatural occurrences that happen in and on the property. From mysterious voices, to lights turning on and off by themselves, even the pinging of a disrepaired Grandfather clock, all signs point to paranormal activity. When she was alive, Mrs. Pritchard, matriarch and original inhabitant of the estate, didn’t care too much for people to visit her home. It seems that fact remains true.

Local Playhouses
While there is something to be said about spirits in many of the theaters along the Space Coast, there is non more infamous in the world of wraiths than both Cocoa Village and Titusville Playhouse. 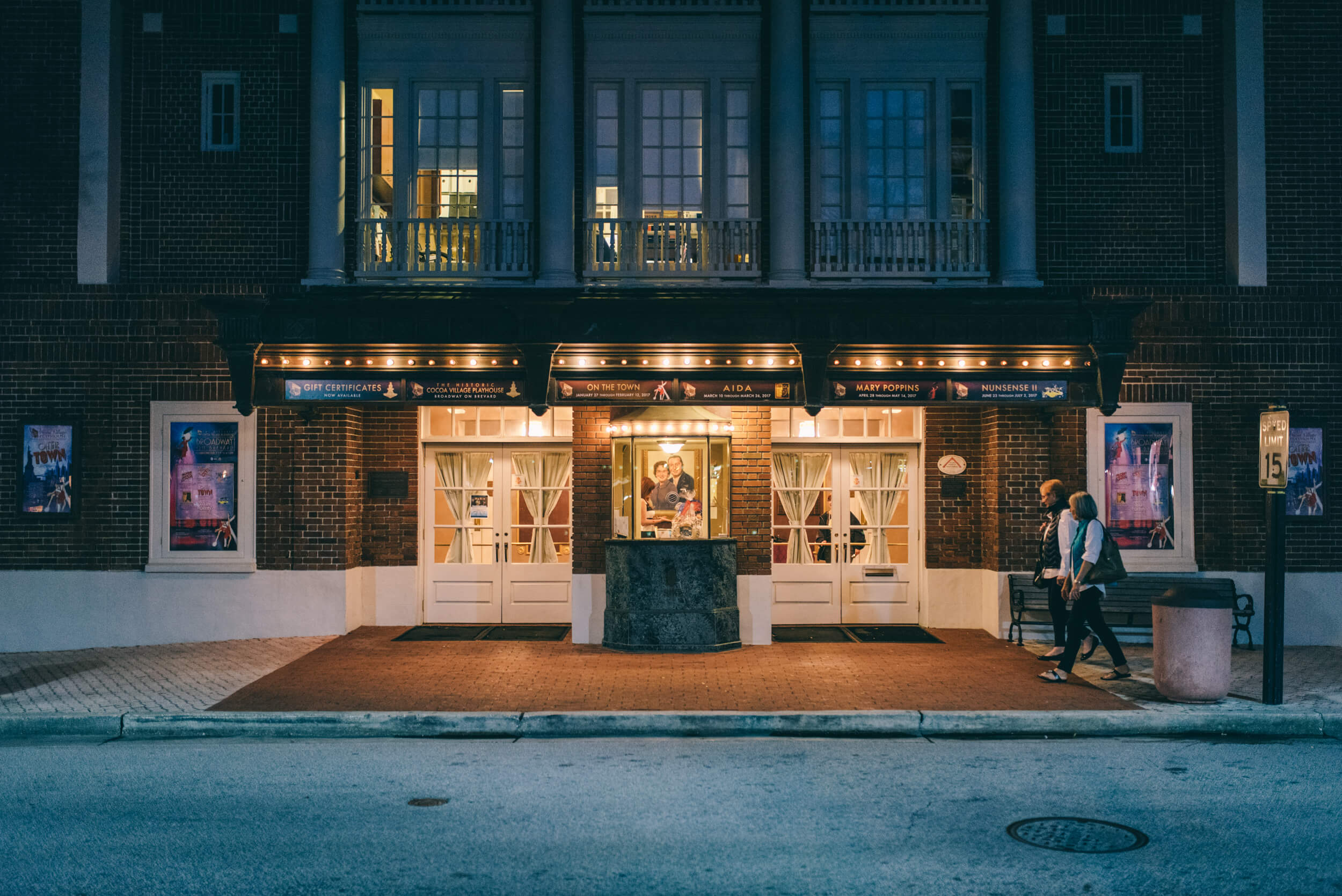 Although the theatre isn’t open for residency, there is a tenant living in the space. Joe the Handyman was a former handyman for the theatre, and although deemed harmless, many cast and crew members throughout the years confirm his existence, hearing his footsteps, and with the sometimes unsettling feeling of being watched. 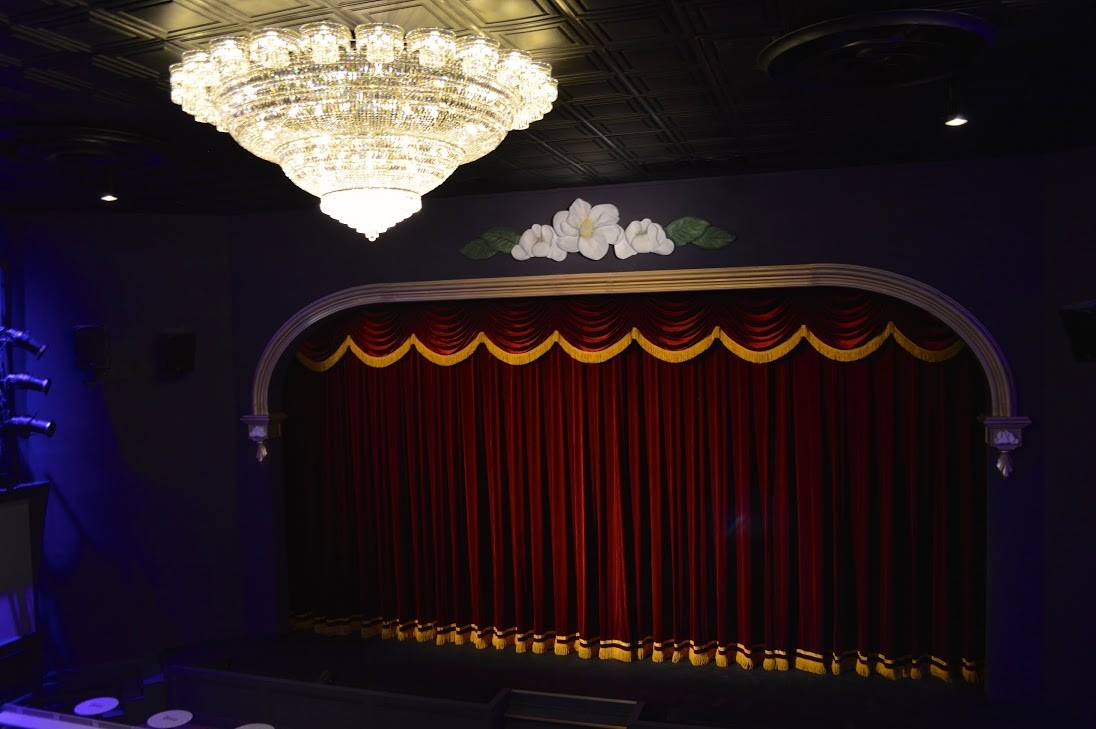 Before it became a playhouse, 301 Julia Street was a hotel and saloon. It is said that, long ago, a gruesome murder occurred within its halls and the spirit remains trapped inside, lingering in the shadows. Those who have rehearsed and performed in the space speak of seeing the ghosts of little children, costume pieces flying across the attic, and even returning to the theatre with half a row of seats flipped downward when no one else had been in the building.  So, when you go to the theatre, keep in mind, the play might not be the only show you’ll see.

For those of you with a curious nature of all things paranormal, consider adding these eerie attractions to your itinerary when you are here on the Space Coast. Keep in mind, some locations may have some restrictions or tour adjustments due to COVID-19, so it is best to call beforehand. Prepare to be scared in whichever destination you choose.