Drive around Florida’s Space Coast and you can see where rockets launch, hotels visited by family beach-going vacationers, restaurants that serve up fresh seafood, and colleges that teach high and medical teach future “gee whizzers,” who will eventually make social security contributions.

But, if it were up to me, they’d rename Florida’s Space Coast and call it the “Gee-Whiz Coast!”

While this area is still relatively new, there are people here that are descendants of settlers that arrived in the mid-1800s. Of course, St. Augustine was settled 450 years ago. Key West has been part of Florida for a couple of hundred years.

Along U.S. 1, through the less populated sections of the north end of Florida’s Space Coast, are the motels, roadside homes, cattle ranches, citrus packing warehouses, and small businesses that give a glimpse of what Florida was like 70 or 80 years ago.

This cool, “gee-whiz,” old Florida area of the Space Coast is of no interest to my grown millennial kids. There’s no concentration of millennial-type fun to throw at their social media accounts. They find it astonishing that I was gobsmacked by my first fax machine, my Motorola portable cell phone, and my cutting edge $5,000 DECmate computer with no hard drive. What a great age, I recall thinking as I printed my letters on my dot matrix printer!

These places were once thriving local communities. In the 1960s the population on the Space Coast was less than 5% of the almost 600,000 it is today. I-95 was built north-to-south through the heart of the Space Coast in the 1960s, which pulled visitors off the older scenic roads and onto the faster interstate. My parents made a long honeymoon trip through Florida in 1949 on U.S. Route 1. It was only in 1981 that Orlando International Airport opened. Hotels, restaurants, and car traffic along the coastal beaches grew as tourism and launches increased, but very quickly, long sections of rural U.S. 1 became less and less important.

If you’ve got an afternoon to spare, take a drive through Mims and Scottsmoor on U.S. 1, north of Titusville. Don’t be in a hurry. Most of the roadside buildings and homes aren’t “gee-whiz” places, but if you use your imagination, you’ll get a sense of what this area looked like in the 1900s.

U.S. 1 was originally a two-lane road, but they’ve recently repaved and widened most of U.S. 1 through this area. The ride is smooth and scenic, with thick stands of trees on each side of the highway. For the most part, it’s a beautiful stretch of roadway.

Stop by the Cape Canaveral National Cemetery in north Mims. This national cemetery ran by the Veteran’s Administration, is beautifully designed and rigorously maintained. This area will serve the burial needs of more than 163,000 veterans for the next 100 years.

And, if you’re a history buff – particularly civil rights history – make a stop at the Harry T. and Harriette V. Moore Memorial Park in Mims. While this memorial park is located in a residential area, it is the actual location that the Moore family lived in before a bomb exploded in their home on Christmas night, 1951. Also, you should note that this place was added to the U.S. Civil Rights Trail this year.

The beautiful Canaveral National Seashore runs over 24 miles from north of Titusville into the southern end of New Smyrna Beach. It’s the longest stretch of undeveloped beach on the east coast of Florida since it is federally protected. On the southern end is Playalinda Beach [Florida State Road 406/402 in Titusville], the middle section is Klondike Beach, and the northern section is Apollo Beach. The John F. Kennedy Space Center sits at the southernmost end. It will cost you $15 to get your car into the seashore park or use your America the Beautiful senior lifetime pass.

Ok, let’s not mince words. There’s a clothing-optional beach, also known as a nude beach at Playalinda Beach. TripSavvy.com reports that “there are 13 parking areas along the four miles of beach” at Playalinda Beach, but “the fun begins at the north end of Lot 13, the last parking area,” adding that Lot 13 is “a no-judgment zone.”

Just so we’re clear, there is a Brevard County ordinance against nudity, but it’s rarely enforced on the clothing-optional beach adjacent to Lot 13. TripSavvy notes that “You pretty much have to go out of your way to be offended, but if such activities typically offend you, don't go.” You’ve been warned. Govern yourself accordingly.

And of course, beer

If you head west and south back to U.S. 1 from parking lot 13, you might be thirsty:

Fill-N-Station at 2685 U.S. Highway 1 in Mims, just north of West Main Street [46]. A quirky little beer joint where you can shoot pool and meet people. Busy on biker weekends. No food.

No matter where your journey takes you on Florida’s Space Coast, be prepared for some “gee-whiz” moments and all-around a great time. 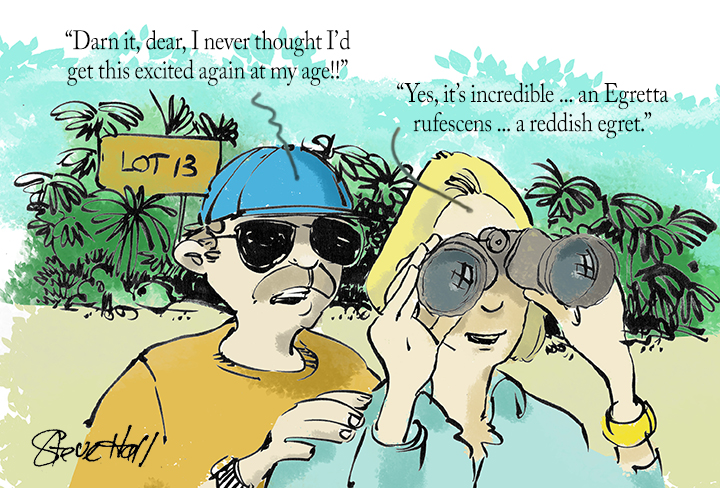 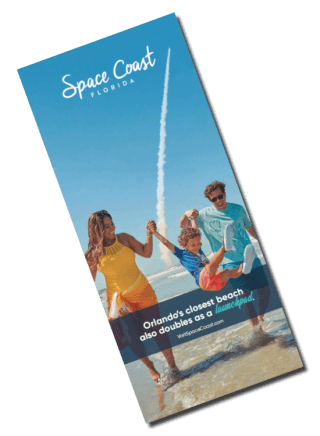 Boomster Blog: The joys of vacationing with our pets